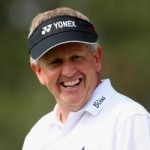 Golf and property development go together like Colin Montgomery and the Ryder Cup – they’re a winning formula.

Some holiday homeowners play golf, but many more like the sense of belonging to a country-club style community, with luxury leisure facilities attached. Winter, or indeed summer sun, nearby beaches, and good green landscaping are equally important because remarkably, over half the residents on golf developments don’t know a sand wedge from a sandwich.

So, where in Europe to look? For serious golfers, a world-class course is a must. The scene of Europe’s Ryder Cup triumph in 1997, Valderrama, in Andalucia, is pure class. Membership, at €160,000 or so, is reassuringly expensive, and priced from €1.15 million, the 34 luxe apartments in the Hacienda de Valderrama are just 200 yards from the clubhouse. www.sav-spain.com

Professionals rate the Jack Nicklaus-designed Monte Rei in the eastern Algarve, the best 18 holes in Portugal. The magnificent clubhouse has an El Bulli chef, and a future Ryder Cup bid is on the cards. Three-bed linked villas start at €1,175,000.  www.monterei.com

The new player on the greens is Belek in Turkey, where six of the 14 courses, are genuine championship set-ups. Both golf, at about €75 a round, and property are relatively inexpensive – just €221,000 buys you a two-bedroom apartment next to a new José Maria Olazábal course at Belek Golf Club. www.savills.com/abroad

For those who like playing on the beach as well as in the bunkers, the Côted’Azur is a hole-in-one. In a nature reserve just above St Tropez, Golf de Gassin is très chic, just like the locals. Impeccably designed small townhouses start at €693,000. www.knightfrank.co.uk/international

Not all beaches are for swimming – the ones at Doonbeg in the west of Ireland are more for walking along at sunset. The Greg Norman-designed links is majestic, the hotel, charming. A 1/10th fraction of a four-bedroom house costs €197,000. www.cottagesatdoonbeg.com

If family fun is a priority, Vale de Lobo is on the money. The mature central Algarve development has two challenging courses, plus a 14-court tennis centre, and ‘town square’ with restaurants, shops and nightclubs. Two- and three-bedroom Royal Golf villas cost from €923,000 to €1,307,000 through www.chestertonhumberts.com

Rather cheaper and with a good coaching set-up, Desert Springs in Almeria has something of a Disney feel to it, catering especially well for small children. Prices have dropped here considerably, with two-bedroom apartments, once £273,000, now available, with a 30% discount, for £192,000. www.almanzora.com

Golf widows, or indeed widowers, need alternative distractions. Within an hour of Venice, two developments offer cultural, gastronomic, as well as golfing excellence – one at Asolo, the other, the Residences Cà Amata at Castelfranco. Prices for two-bedroom apartments at the former start at €220,000, at the latter, €300,000. www.asologolf.it, www.caamata.it

The spa at Aphrodite Hills in Cyprus is as stylish as the course – just as well since only 20% of homeowners here play golf. Ancient Greek ruins, the new marina at Limassol, and opera in Paphos are all good antidotes to chasing a small white ball around. Prices on the new Alexander Heights phase start at €660,000. www.aphroditehills.com

Chateau de Vigiers in the Dordogne has 27 holes of golf, haute cuisine, its own vineyard, and good shopping in nearby Bergerac. Currently for sale are a two-bedroom apartment for £265,000, and a plush timber-built lakeside house for £495,000. www.vigiers.com

Investment potential has always been part of this sector’s raison d’être. Thee-time Ryder Cup captain Bernard Gallacher has recently bought a villa at Arcos Gardens near Jerez in southwest Spain. Spanish prices have tumbled but this one has good rental potential and looks more solid than most. Two-bedroom apartments start at €299,000. www.arcosgardens.com

For the adventurous, the Estonian Golf and Country Club near Tallinn, has a collection of modernist homes in a virgin forest on the Baltic Sea coast. Unlike some eastern European developments, this one is finished, rather beautiful and well managed, with prices from £280,000 for a detached villa. www.egcc.ee

For flat-out luxury, Les Bordes in the Loire valley is the Château d’Yquem of the collection. With a peerless Robert von Hagge course, club membership, costing a cool €1 million, entitles buyers to spend anything up to €23 million on their own petit Versailles in the 1,300-acre country estate neighboring those of Vuitton and Guerlain. www.lesbordes.com

Quinta do Lago in the Algarve is the Gucci of golf resorts. Four great courses, several 5-star hotels, good restaurants and spas make this a highly desirable destination for the rich and famous, like Alan Shearer. Priced at €4.95 million, Golfe Poenta is a typically soigné villa from www.savills.com/abroad